Hello Geeks! I just realized it has been a pretty long time since I have done one of these reviews. I’m excited to say the Toy and Geek Fest this year was a big success! Thank you all who came out and supported us. Also a big shout out to those who helped out with the booth!

Next, I did also build the Ogre GN-X. I didn’t write a review on it for two reasons. One…I forgot to take pictures during the build. Second….the kit was a bit of a let down honestly. While it does look good, it’s really a “plastic grenade”, meaning at the slightest touch or movement the kit tends to fall apart. I will throw it in the rankings list at the end

First off, the color of this kit is stunning. While most of the kit is covered by a cream white and a light blue, there is some red, yellow and plain white that help separate the main color scheme.

Next, I was a bit worried that this kit was going to have a similar effect as the Ogre GN-X. From a couple reviews I had heard, the kit did not hold well and really couldn’t be touched with out problems. However, I’m pretty stoked to say that this kit had no problems of the sort. Everything snapped well together, stayed snug, and held its self remarkably.

The Build Divers Seravee is a bulky kit. Surprisingly though, there is a decent amount for range of movement that is allowed for its block body style.

Then of course, there is the backpack/ship/cannon/additional armor. In short, the Build Divers Seravee comes with Ptolemaios Arms, which is essentially its own suit that can attach and detach for various reasons. The Ptolemaios Arms are what make the kit go from good to unique. Enhancing the suit itself or using it as a massive stand alone cannon is your choice. I of course, went for the cannon pose!

The Stickers are minimal and easy to apply. There is even a fold over one with 4 sides that fit in well. A couple of them are on the arms that fit into a groove and are covered by a clear piece to give it a shiny look.

One problem I had with the Build Divers Seravee was that one of the “toes” was a bit loose on it’s hinge. Not something major, just more of an annoyance.

Also, due to its bigger piece size than most, some of the gates are a bit thicker. Because of this, I use a cheaper pair of cutters to try and not ruin my good ones.

Lastly, while building the Ptolemaios Arms, it can feel a bit redundant. It’s not difficult by any means, but cutting out and cleaning a lot of the same 4 pieces.

Overall, I give the Build Divers Seravee an 8.5/10. Though it has the same score as the Age II Magnum, I rank it higher because of the awesome gimmicks of the Ptolemaios Arms. However, it costing a bit more than the Red Beret and the Magnum is what keeps it currently at 2nd place! 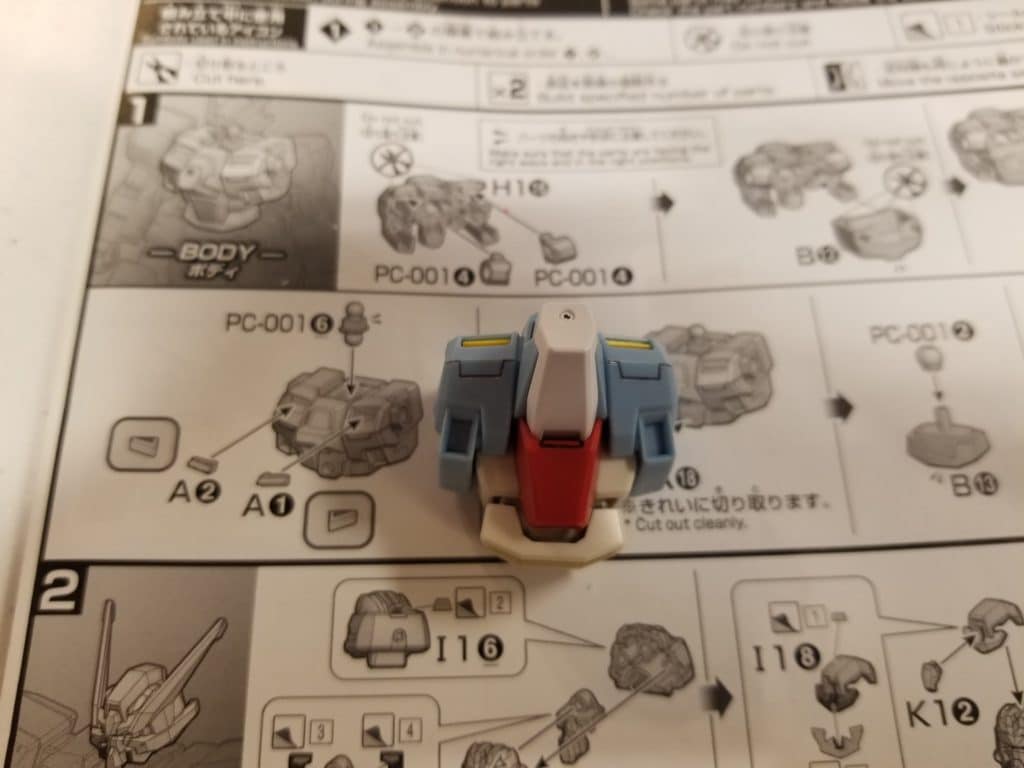 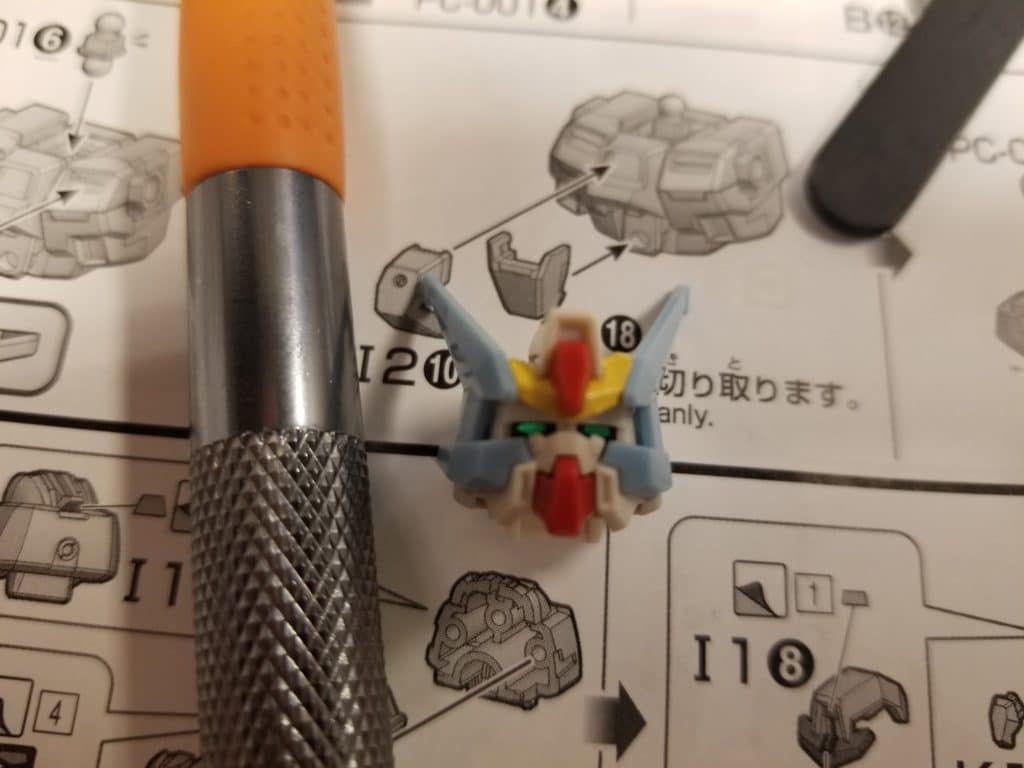 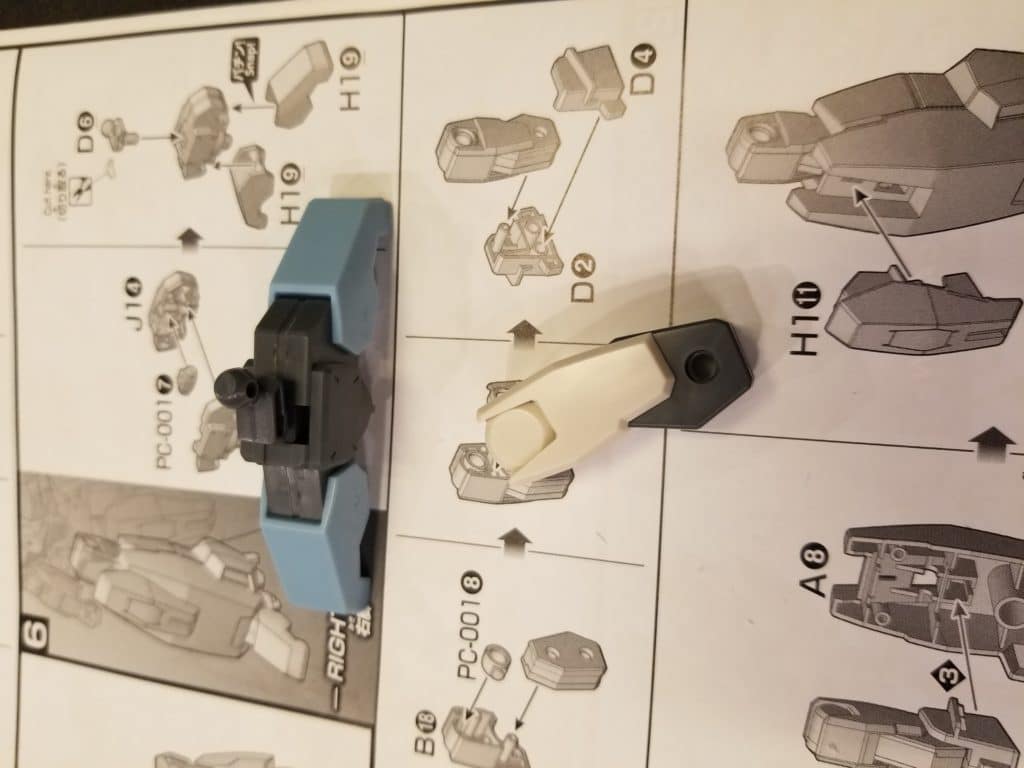 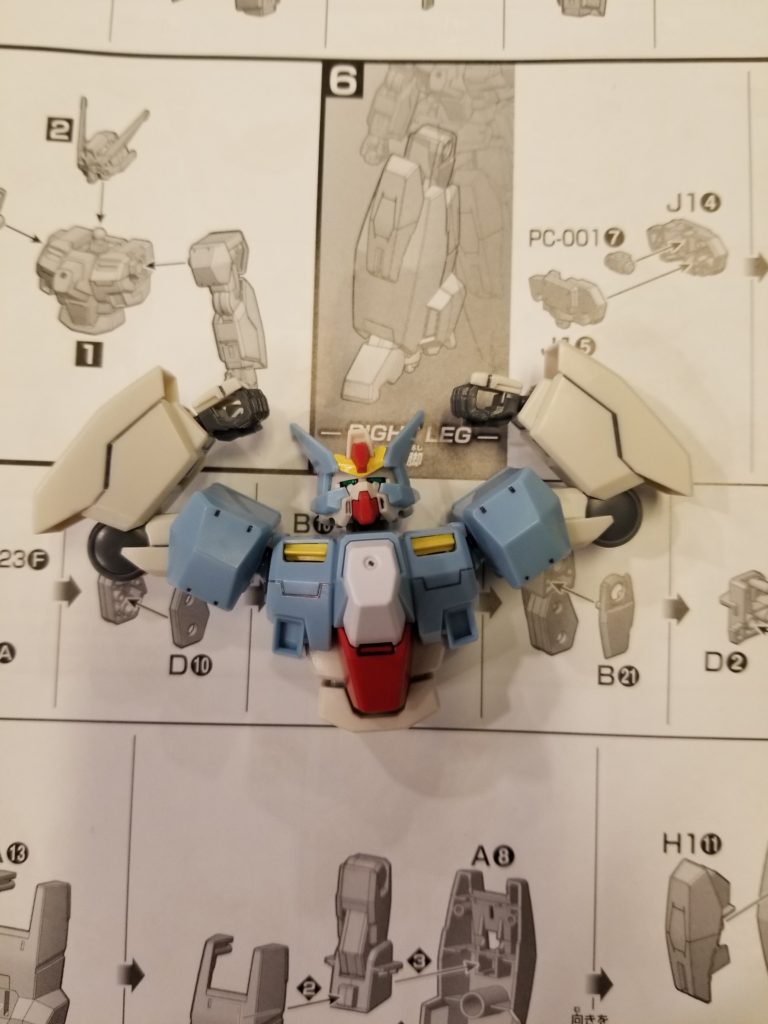 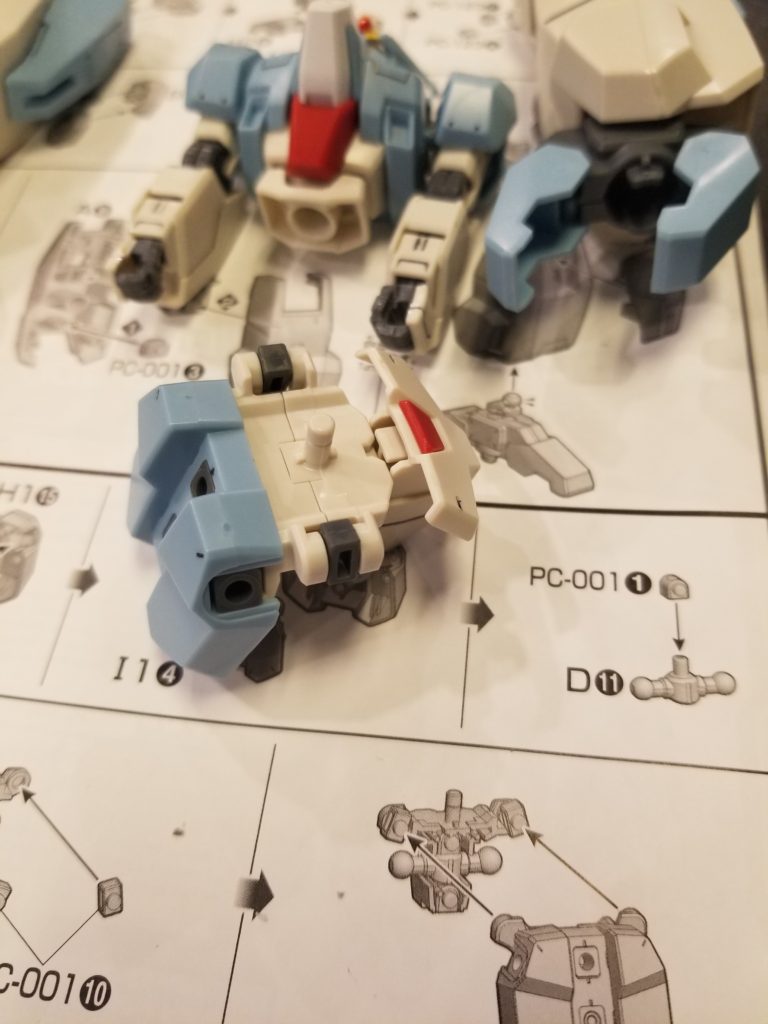 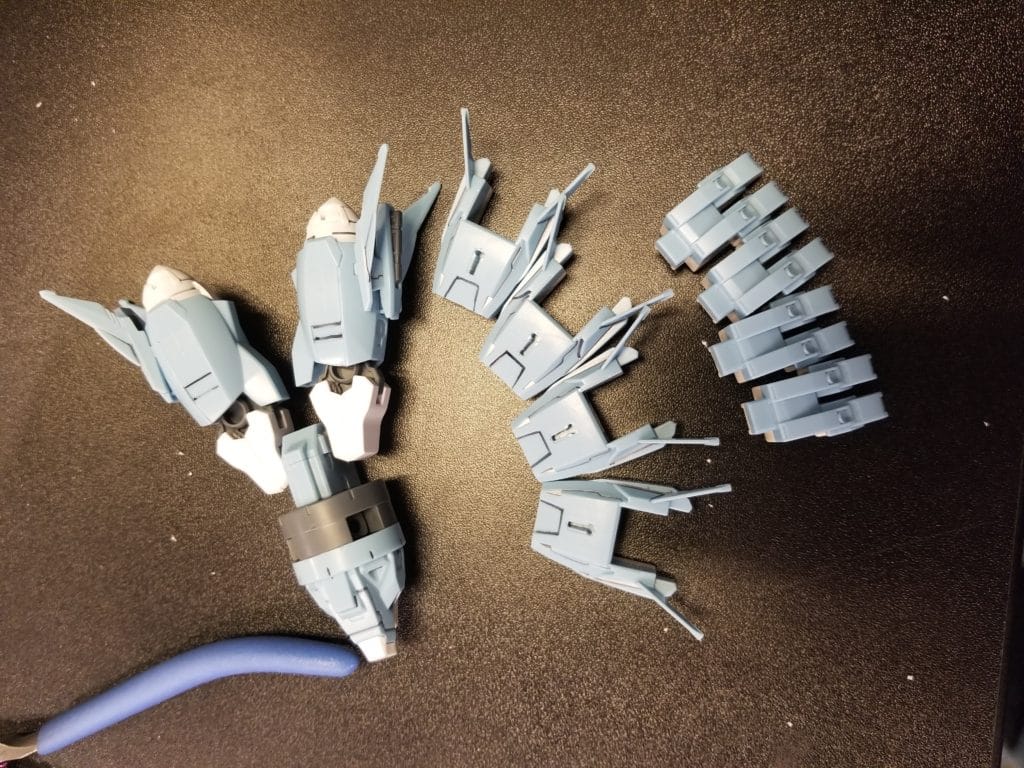 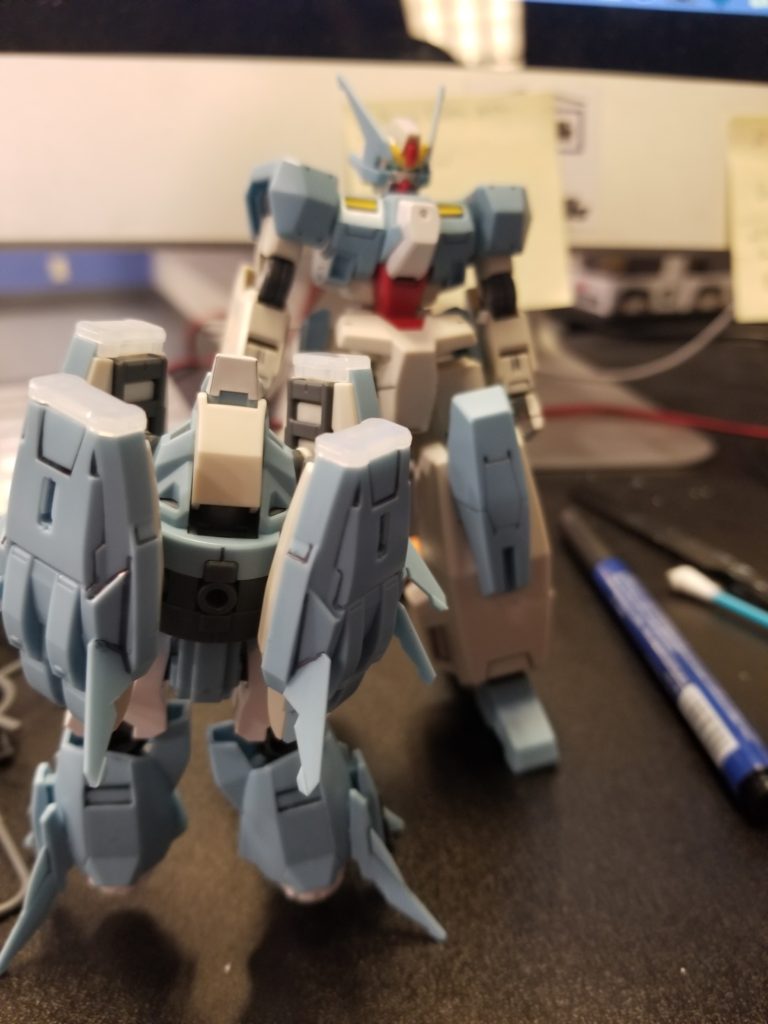 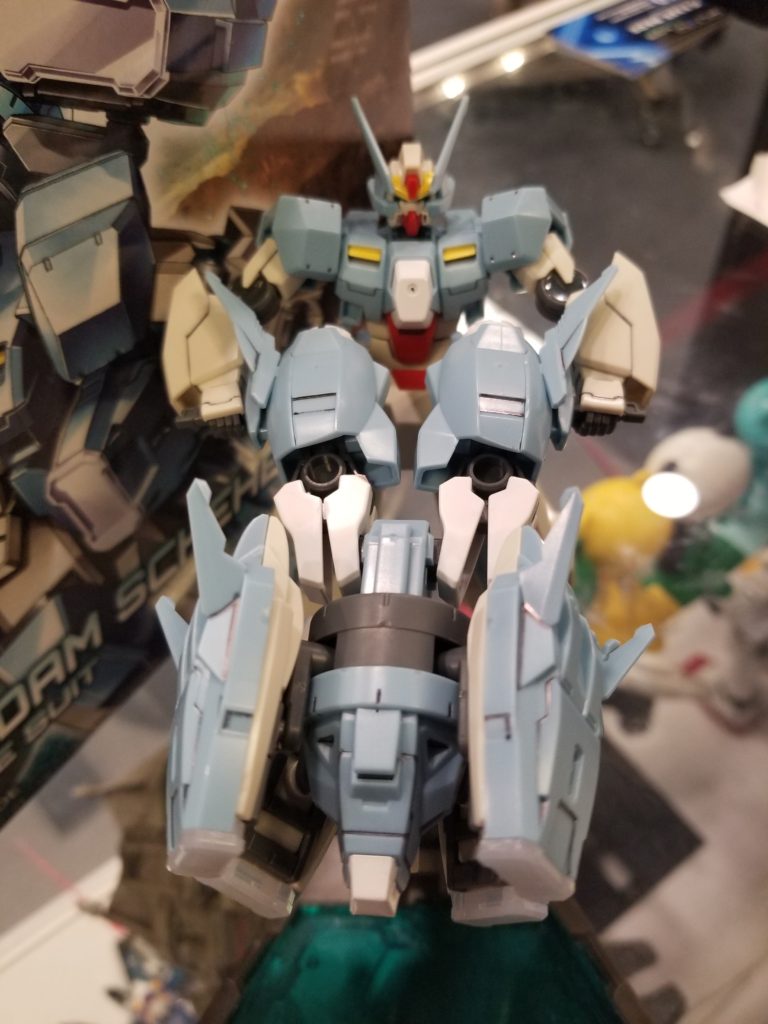 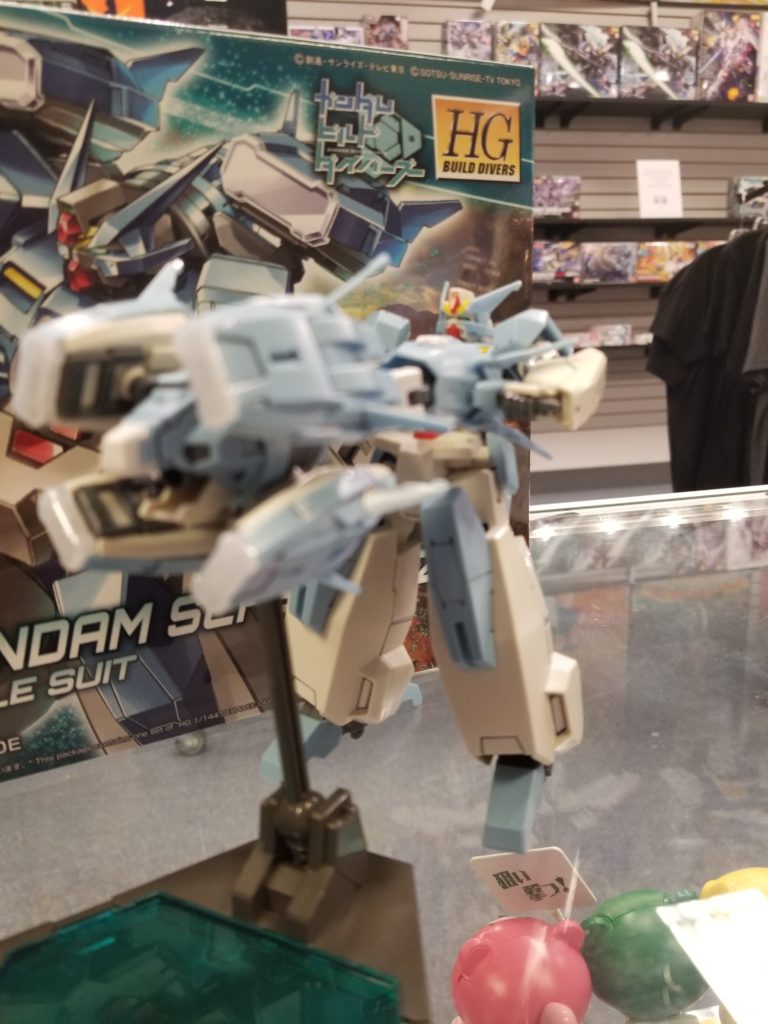 Pick up these and other awesome merch today at GeekIsUs!

Follow us on our social media to stay up to date with us!